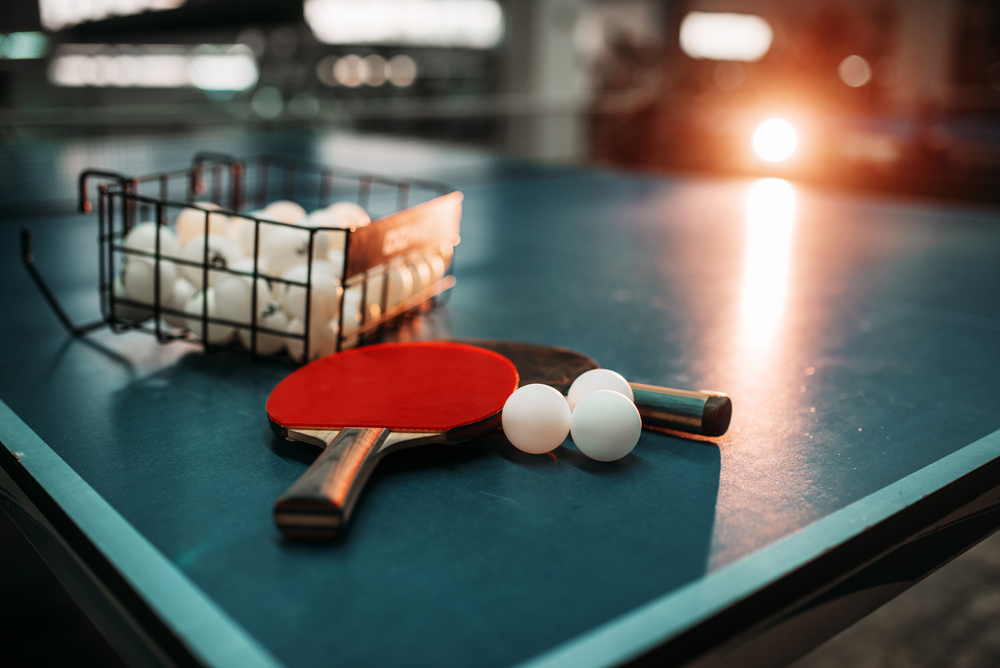 The first moment where I saw a ping pong table was in an AT&T corporate building, and two major executives were playing it. Ever since then, I low-key understood that ping pong was a sport of the wealthy. Unsurprisingly, many people who are ping pong aficionados tend to flaunt their wealth through the use of upscale ping pong accessories.

More specifically, it’s the paddles that seem to get the most attention. Unsurprisingly, there are some companies that make a point of creating ping pong paddles that are more expensive than your typical dollar store versions. But, are they worth it? Why make them? We have the facts.

Honestly, there isn’t much reason for it, at least traditionally. You can get a cheap paddle at any sporting goods store, often for less than $15. However, when you’re in the luxury circuit, things are a bit different. These factors can come into play:

Not that this has to be a major issue for casual players, but ping pong paddles need to be well made and light for easy tennis play in the competitive world. A well-crafted paddle is (literally) worth its weight in gold when you are trying to become a professional champ.

This is where the most luxe ping pong paddles tend to show their mettle. Most upscale paddles will have materials that are hard to source, uniquely made, or otherwise amazing in their own right. Top quality materials would include thicker, well-sourced plywood, a carbon fiber blade, or any type of diamond specialty material.

Trust us when we say that we were shocked to see some of the major household names that are now producing their own ping pong paddles. Branding counts for quite a bit! Zhang and Butterfly currently tie for the two most popular luxury paddles on the market. However, you can find quality paddles for

Does It Make Sense To Buy An Expensive Ping Pong Paddle?

If you are like most people, ping pong (or table tennis) is a simple pastime that you might enjoy on a weeknight. You might have friends over for some table tennis, or you might be doing the “corporate thing” by enjoying a round or two with your boss during a break.

People who are looking for a quick break from most of the hustle and bustle of day-to-day life don’t need an expensive ping pong paddle. It’s perfectly fine to get one on the cheap from a local store. However, if you want to get competitive, it makes sense to invest in your equipment. It’s just like any other sport in that sense.

How Much Does A Typical Ping Pong Racket Cost?

People who are looking for very low-end ping pong paddles can get them for as little as $10 to $20 per pair, with a set of ping pong balls. However, these tend to be clunky to wield and poorly made. Most quality table tennis rackets will be between $40 to $80 a pop.

It’s important to remember that ping pong paddles tend to be sold in pairs of two, or at times, sets of four. So while you might only have to pay $40 for yours, you may end up having an extra one laying around because you had to spend $80 to get a suitable pair of paddles.

How Much Of A Difference Does Getting A Luxury Ping Pong Paddle Make?

If you are a competitive player, it can make a notable difference. However, it’s not going to be a magic cure-all for the skills you are lacking.

Now that we’ve taken a closer look at the perks of proper ping pong paddles, it’s time to check out the glitziest and most glamorous paddles on the market. These jaw-dropping prices say it all…

In recent years, luxury clothier Prada started to edge its way into the lifestyle accessory world. One of the newer offerings they have is a Prada-branded set of ping pong paddles, complete with a luxury carrying case. The case itself is made from plastics they found in the ocean, but aside from that, there’s nothing special here.

You’re literally paying for a brand name. Are you okay with that? I feel like you shouldn’t be. At the end of the day, paying a month’s rent for a simple ping pong paddle with minimal engineering and a fancy label seems stupid.

Believe it or not, ping pong is very popular in both Japan’s elite as well as among China’s fuerdai crowd. Both of these groups love to flaunt their wealth subtly, and that tends to come with high quality, excellently-built items. Here, Zhang (a major name in ping pong) creates a pro-level paddle featuring Bryce High Speed Rubber, a concave handle, and competition-ready measurements.

In other words, this is a pro-level ping pong paddle. It’s even cleared for professional games, which means that you can expect an easy swing.

You would be forgiven if you thought that was the Ferrari logo at first glance. It’s not, but it might as well be. Killerspin is the Ferrari of ping pong paddles. It’s the go-to choice for people who want to get the best possible play for their money. Their Silvio7 Limited Edition paddles are some of the best on the market.

Carbon fiber paddles with a high spin, ultra light weight, and a luxury Kiri wood base make for some seriously beautiful, high-end paddles. Your opponents will turn green with envy at the power this wields.

Don’t be fooled by the delightfully retro packaging. Viscaria FL’s Pro-Line is one of the best paddles for your money. It’s made from 5-ply wood with 2 Arylate/Carbon for a super light, fast spin. Oh, and if you’re worried about the rubber portions, don’t be. It features Tenergy 05 super-speed rubber for the quickest bounce on the market.

If you want to get competitive with your table tennis, then this paddle will make it easier for you to do it. Needless to say, this tournament-ready equipment is for serious players only.

Butterfly teamed up with Boll to create a limited edition ping pong racket that is super lightweight yet offers a high level of impact. Among major players, the Boll model remains a serious status symbol.

Killerspin doesn’t putz around when it comes to quality wares, especially when you’re talking about their competition-ready ping pong paddles. The Diamond TC RTG Table Tennis Racket is one of their premium models that regularly finds its way to Olympic competitions. It’s easy to see why.

This paddle features 7-ply wood and titanium carbon fiber for a beautiful finish that makes swinging as light as a feather. Grabbing this paddle will give you better reaction times and faster spins. The exterior of the paddle is made from Fortissimo Rubber for increased grip and power. Wow!

It’s tempting to assume that this is your typical ping pong paddle, but let’s not forget. It’s from Killerspin, one of the top companies for professional table tennis players around the world. This ultra-sleek model is meant to show off quality workmanship and also offer up world class materials.

This ping pong paddle features a Diamond CQ blade and dual Nitrx 4X rubbers that are designed with extremely fast play in mind. Like all others on this list, it’s approved for competition use by the ITTF. This paddle is definitely one that is not going to let you down.

While this ping pong paddle may seem like a fairly commonplace one (like the ones you might see in a typical sports store), this isn’t the case. JOOLA is a much bigger name than people let on. It’s the choice of top names like Han Xiao and Jor Rosskopf, who are famous table tennis players.

The X-PLODE features 2mm of rubber coating to deliver a more powerful hit. The flared handle, which is now somewhat standard among quality paddles, is there to help enhance grip.

Are These Luxury Ping Pong Paddles Pricey Enough For You?

As far as luxury sporting goods go, ping pong paddles are not exactly the most expensive thing you’re going to have on your list. The ping pong table is probably going to be your bigger expense.

Even so, indulging in a well-made paddle never hurt anyone. If it’s in the budget, you might as well indulge yourself in a pro-grade paddle. Happy playing! 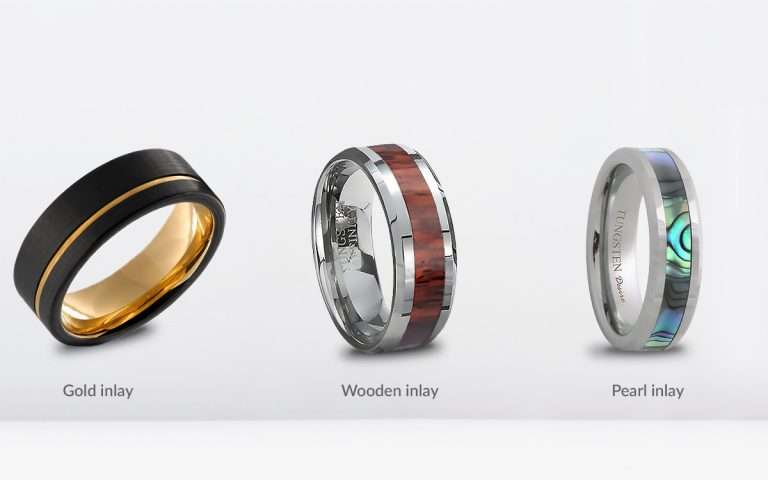 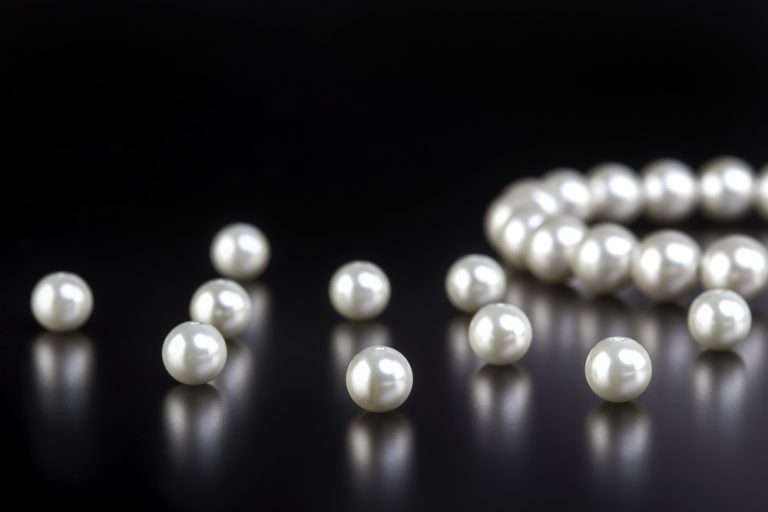