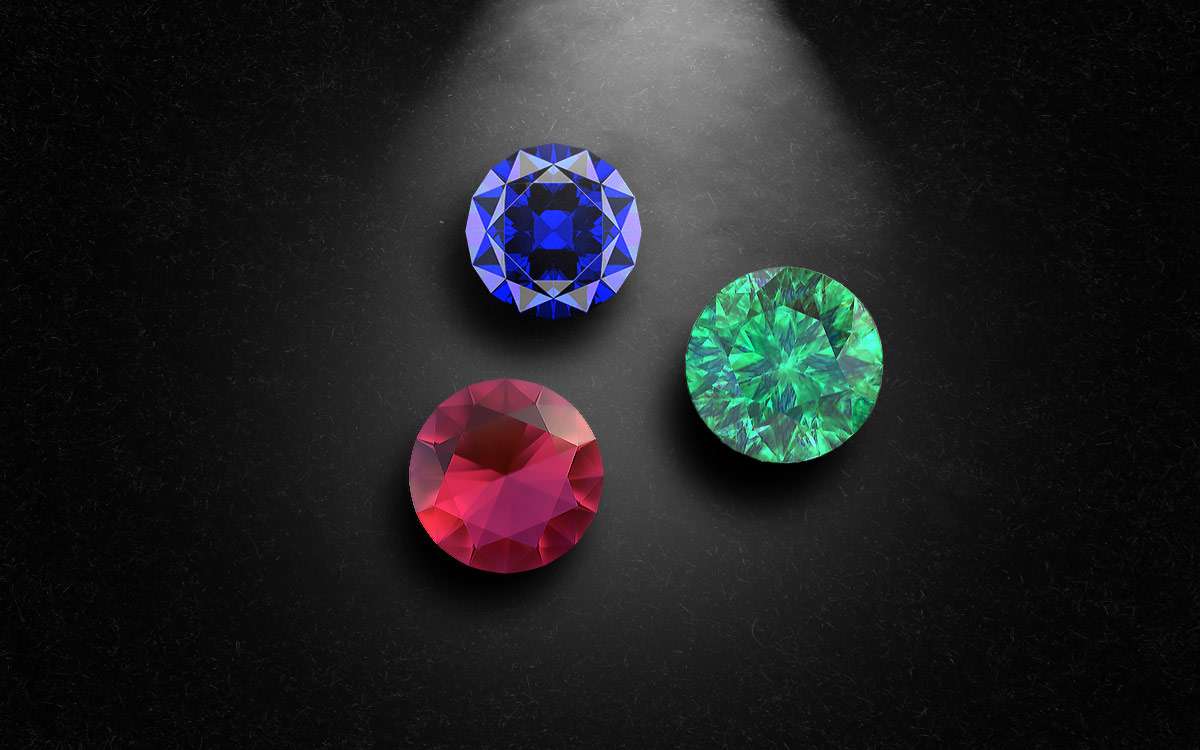 I was browsing the internet a few weeks back for a necklace for my mother. I was very quickly overwhelmed by how many different gemstones there were. I hadn’t realized there were so many different kinds with different shapes, sizes, and colors, specifically for rubies, sapphires, and emeralds. This made me question the difference between them, aside from color.

Rubies and sapphires have the same chemical makeup and rank as a 9 on the Mohs Hardness Scale, but emeralds only rank as a 7.5-8. All of these gemstones are rare if left untreated, emeralds being the rarest of the three. They all have extraordinary value when they’re natural.

Today, I’m going to fill you in on all you need to know about sapphires, rubies, and emeralds based on the research I’ve done. By the time you’re done reading, you’ll know exactly which stone to purchase based on durability, color, and more.

Everything You Need To Know About Rubies, Sapphires, and Emeralds

If you need assistance deciding between a sapphire, ruby, or emerald, I’ve got the details outlined for you. I’ll break down and compare each stone based on color, origin, durability and hardness, clarity, rarity, history, lore & symbolism, and general information.

Rubies can be found worldwide and are blood-red to pink colored. They score a 9 on the Mohs Hardness Scale, higher than emeralds but the same as sapphires. Rubies that don’t have imperfections are extremely rare as most of them have imperfections. If you see a ruby without an inclusion, it’s likely not genuine.

The first ruby was discovered as early as 2500 B.C. in Mogok, a region of Myanmar. Their name comes from the word “ruber” which is Latin for red. You may also notice that they are the July birthstone.

You can almost certainly identify a ruby by its vibrant red coloring. They may not always be as vibrant as one would expect, but still beautiful. If the ruby has a purple color to them, they’re going to be more expensive. You can find other rubies with overtones of orange and purple, but these aren’t as valuable.

They’re one of the strongest gemstones on the Mohs scale of hardness, coming in at a 9. They are less hard than diamonds, but only by one point. It has excellent toughness and no cleavage, which tends to break when struck. Since they offer such superior durability, there is an excellent choice for jewelry that will be worn on a daily basis.

Along with being durable, Rubies should be transparent. Rubies that are transparent are considered ideal and are of the highest quality. There are semi-translucent Rubies and opaque Rubies. The clearer it is, the more expensive it will be. However, a Ruby with inclusions will be more valuable than even the clearest diamond.

If a Ruby isn’t good enough for a jeweler, they will use a heat treatment to develop or intensify a Ruby’s natural color. High levels of heat treatment will clear the Ruby up as well. Some people choose to perform “lead glass filling”, which fills cavities and fractures in non-gem quality Rubies to alter the construction of the stone. This is not accepted by the jewelry trade as the lead glass is unstable and will deteriorate over time.

In their natural form, Rubies are one of the rarest gemstones due to their high quality and spectacular coloring. Good quality Rubies that are larger than one carat are also extraordinarily rare and expensive. One of the rarest and most valuable types of Ruby is the Star Ruby.

Even though Rubies are dubbed as “valuable”, some are less valuable than others. Rubies can cost as little as $1 per carat to $100,000+ per carat depending on the 4C’s. One of the most expensive Rubies ever sold was the Sunrise Ruby, selling for over $1 million per carat 25 carats.

What makes these gemstones even more spectacular is their mention in the bible. In the ancient language of Sanskrit, the Ruby is called ratnaraj or “king of precious stones”. It was also mentioned in the Roman scholar Pliny’s Natural History. A Ruby is also a symbol of power and wealth, considered to be a stone of the kings.

Sapphires are a mixture of a variety of the mineral corundum. It has aluminum oxide and other trace elements such as titanium, chromium, vadanium, or magnesium. The mixture of these elements is what gives sapphire its deep blue coloration.

Even though sapphires are generally blue, they can also be yellow, orange, purple, green, or white depending on what mineral the stone has in it and how much of it the stone contains. Just one hundredth of a percent of iron and titanium will give it a blue color and the more ironit contains, the darker it will be.

Sapphires are old and formed deep within the Earth’s crust over 150 million years ago. They are formed by a process of slow cooling within igneous or metamorphic rocks that are rich in aluminum and devoid of silicon. There are several sapphire deposits around the world including in Tanzania, Sri Lanka, Myanmar, and Montana.

You can easily recognize them by their blue coloring, but they can also be a variety of different colors depending on what minerals it has in them. The most valuable colors are pure blue with a velvet hue and a orange-pink color called a Padparadscha sapphire. Any sapphire rich in color will be highly valuable.

Many sapphires will have inclusions, even if you can’t see them with the naked eye. If there are no inclusions under a magnifying scope, it’s likely not a true sapphire, It’s most likely lab-created. However, in true sapphires, the fewer inclusions, the rarer the gemstone.

Along with being beautiful, they’re also quite durable. They score a 9 out of 10 on the Mohs Hardness Scale. They match with rubies and are only one level below diamonds. This means sapphire gemstones are very durable and perfect for everyday wear.

You may notice that most sapphires on the market have been treated by heat. Heat treatment helps improve its color, removes color zoning, and gives it better clarity. This is usually done to lower-quality sapphires to make them worthy of jewelry. Natural sapphires left untreated are rare and extremely valuable, even if they do have inclusions.

In ancient history, the Greeks and Romans, kings and queens believes that sapphires would protect them from envy and harm. Wealthy clergies would wear sapphires to symbolize heaven and attract blessings. Some people were even convinced that sapphires were powerful enough to make peace, influence spirits, and reveal the oracle’s secrets. Today, sapphires are more associated with royalty and romance. They’re also a symbol of truth, sincerity, faithfulness, and nobility.

Emeralds are made of a variety of the mineral beryl. Its color comes from trace elements of chromium and/or vanadium. Unlike sapphires and rubies, emeralds will always be green. There are no other color variations. However, their vividness intensity will vary.

They are formed in hexagonal crystals in the hydrothermal veins or magmatic pegmatites in the earth. The temperature has to be perfect as well as space and aluminum, silicon, oxygen, and beryllium must exist. To be a true emerald, beryl must be green.

It’s colorless if pure and to become green, there have to be trace elements of chromium and vanadium where the beryl grows. They’re mined all over the world, but much of the supply comes from Columbia, Brazil, and Zambia.

Emeralds, like sapphires and rubies, will have inclusions, which can include trace amounts of gasses, minerals, crystals, and liquids that form during the crystallization process. It’s unavoidable with emeralds since 99% of them will have inclusions visible to the naked eye.

Since they’re one of the most included gemstones, inclusions are tolerated in even the finest emeralds. Since many emeralds have noticeable inclusions, they’re generally treated with fracutre-filling techniques. The oils will fill the inclusions using heat and pressure.

As beautiful as these gemstones are, they only score a 7.5-8 on the Mohs Hardness Scale. Much lower than a diamond and just under a sapphire and ruby. Even though they aren’t as hard as sapphires, rubies, or diamonds, they’re still great to wear on a daily basis. They’re surprisingly durable and scratch-resistant.

Emeralds are among the rarest of all gemstones. They’re rarer than sapphires, but not as rare as genuine rubies. A good-qualiy emerald have a similar price range as sapphires, but larger carats are generally more valuable in comparison. A 5 carat emerald can sell for between $7,500 and $15,000 per carat, which is similar to rubies.

The first emerald mine dates back to 330 B.C. in Egypt and since then, they’ve been known to soothe souls and excite the imagination. Emeralds have been associated with royalty.

Cleopatra even had a passion for them. It’s believed that emeralds could cure disease, reveal truth or falsness of a lover’s oath, and even make the person wearing them more witty and an eloquent speaker. Today, emeralds are said to represent growth, reflection, peace, and balance.

Differences Between The Gemstones

There are definitely a lot of difference between all of the gemstones. For starters, they are all different colors. Am emerald is green, a ruby is red, and a sapphire is blue. However, some sapphires come in different colos, although not as valuable. They’re all very durable, but emeralds aren’t as hard as rubies and sapphires.

The chart below will show you all of the differences between the three gemstones including color, clarity, value, treatment, symbolism, and origin.

The difference in colors is obvious. A ruby will be red or have a purplish hue. Sapphires can come in a variety of colors with velvety blue being the standard. They can be pink, salmon, and even white. Emeralds will be a vibrant green to yellow-green.

Rubies stand for power, wealth, love, passion, and purity. Emeralds are a symbol of royalty, romance, and luxury. Cleopatra adored emeralds. Sapphires are more known for rebirth, abundance, and peace. Princess Diana toted a sapphire and diamond ring before her untimely passing.

As one of the 4 Cs of diamond and gemstone grading, clarity is important. It is indicative of inclusions as rubies, sapphires, and emeralds all have this common. All of them will have inclusions. An emeralds inclusions will be visible to the naked eye whereas rubies and sapphires won’t necessarily. However, a ruby, sapphire, or emerald without inclusions is extremely rare or fake.

No other gemstone is as hard or durable as a diamond, but the ruby isn’t far behind. A ruby and sapphire are ranked as a 9 on the Mohs Scale of Hardness, but an emerald is only a 7.5-8. However, all of them are great for everyday wear. They’re all extremely durable and scratch-resistant.

All three gemstones are popular, just like diamonds. I see more people wearing emeralds and diamonds than sapphires and rubies. I may be biased since green is my favorite color, but I would certainly choose an emerald over any other stone.

If you’re still deciding between an emerald, sapphire, and ruby, that’s okay. You really can’t go wrong with any of them. They’re all durable, beautiful, valuable, and easily accessible. As I’ve mentioned before, I like emeralds because they’re my favorite color, but the right ruby or sapphire would make me turn my head. 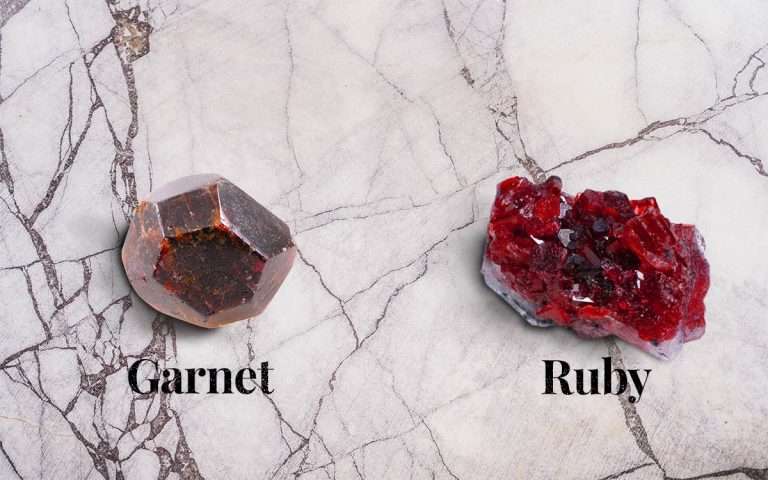 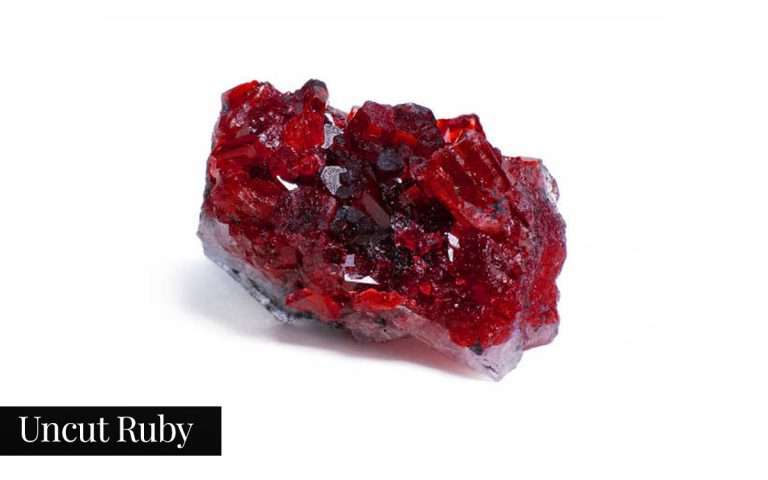 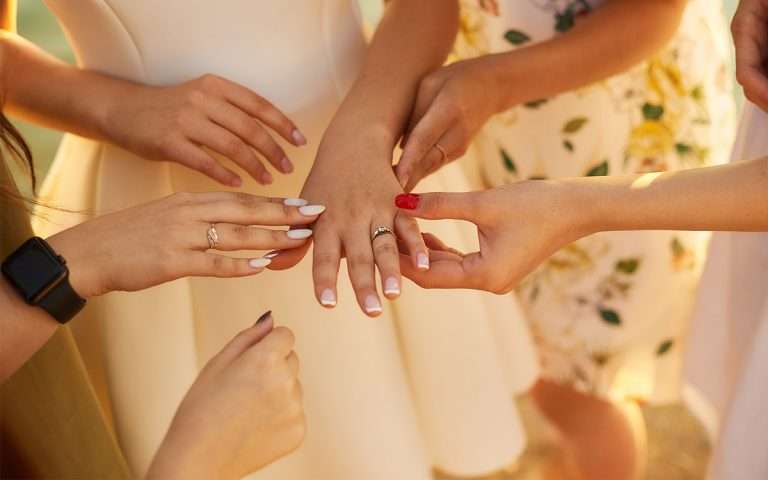 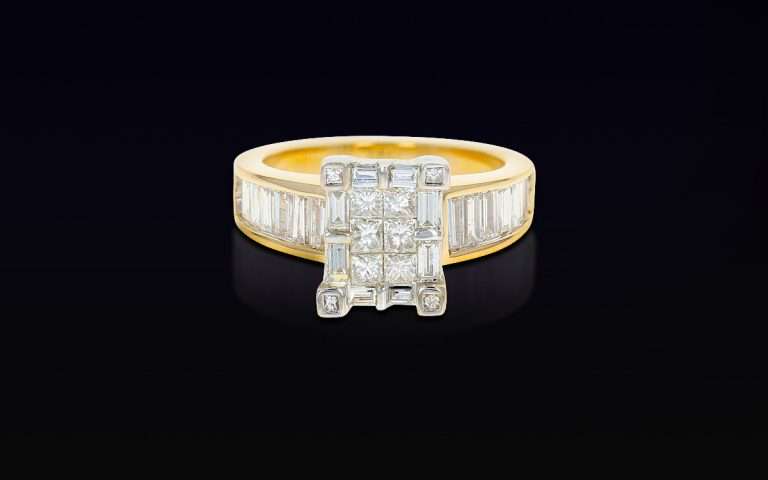 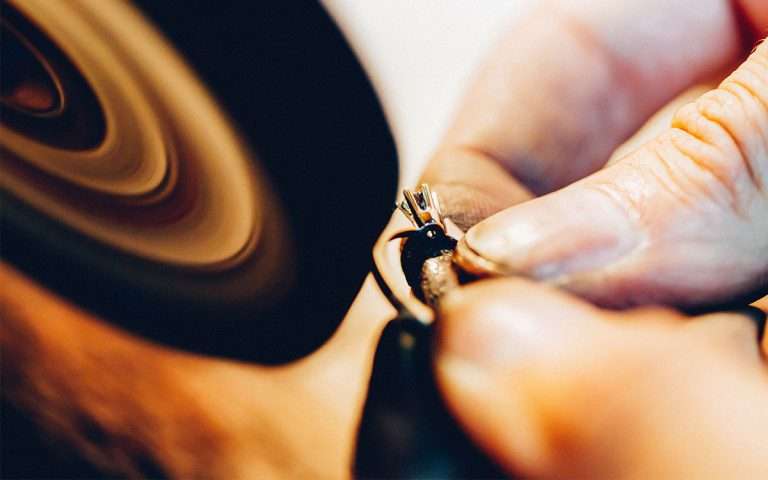