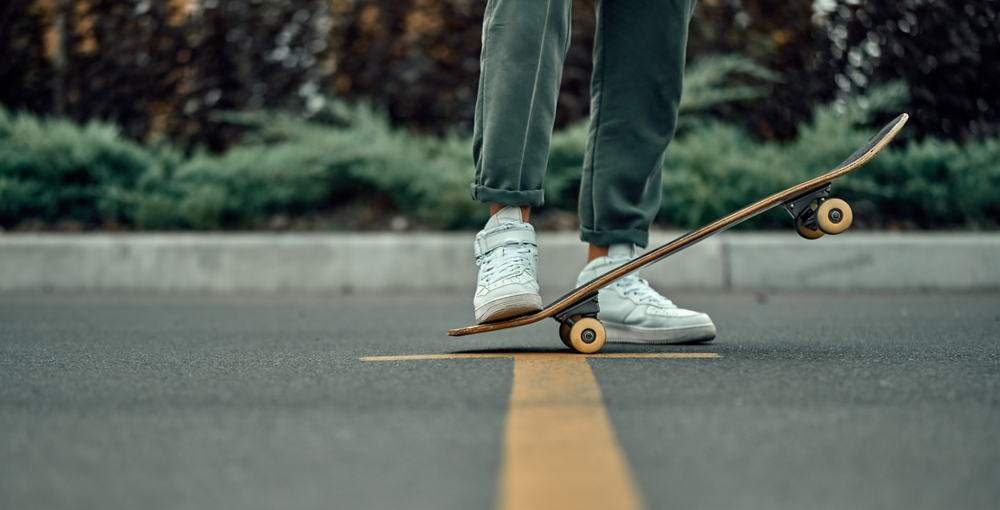 It’s no secret that a lot of rich and famous people like to unwind (or get their thrills) from skateboarding. It’s a naturally cool sport. Rock stars, movie stars, and guys like Rob Dyrdek all tend to enjoy skating.

Unsurprisingly, this means that the skateboard industry picked up quite a few manufacturers that love to pump up the price tag.

What Makes A Skateboard Expensive?

Skateboards have to be pricey, to a point. Let’s explain why…

A flimsy skateboard will get a stunt skater killed. So, workmanship and materials are paramount to a valuable board—at least for the boards that are actually meant to be used. (Some are artwork and collectibles and don’t need to be made well.)

Skateboard bottoms have a natural canvas on the bottom. Why wouldn’t it involve some rare art prints or stickers? The more exclusive and hyped the artwork is, the pricier the skateboard will be.

A skateboard that was used by Tony Hawk or that Smith-Wenning kid will fetch a higher price than a skateboard some rando who hangs outside of Wal-Mart uses. If the board itself had a very unique background, such as being part of a major charity drive, it may fetch more.

A one-of-a-kind board is going to be a more expensive purchase than others. This is why custom boards are more expensive, even when they are resold.

Now that designers are getting into the skateboard game, there is a lot more pricing awareness when it comes to branding. A brand like Versace or MoMA will get you a higher price than others.

How Much Does A Decent Skateboard Cost?

It all depends. There are skateboards out there as cheap as $50, but they are very likely to break and may be more suited for small children. If you want to have a standard board or something that will last several years, it’s best to set aside between $250 to $500. Wild, right?

Are Expensive Skateboards Worth It?

Honestly, they are worth it if you want to have an investment piece. The most expensive and coveted boards can be considered pop culture items or objects d’art. So, they will actually appreciate in value as years pass, provided that you keep them in good shape.

What Are The Most Expensive Skateboards?

Now that we’ve explained the scene, let’s look at the most expensive skateboards in the world…

As it turns out, people who skate really seem to like Bob Dylan. They also really seem to enjoy the Skatepark Project, formerly known as the Tony Hawk Foundation. This skateboard was made with the help of Bob Dylan (like, the rock legend actually painted it) and was sold on eBay as part of a major fundraising project.

Out of all the skateboards ever sold for this foundation, the Bob Dylan board sold for the highest price. We can see why. Dylan’s

Not one, but four boards were sold in one pack. This was a project that was done by Adam Yauch and one of the members of the Beastie Boys for Tony Hawk’s foundation. The set of lyric-painted boards were sold in a batch for a fundraiser for a very cool $35,000.

According to the research we found, it went to a good cause. This ended up being the funds needed to create a new skate park in New York City.

So, this was an actual board that was owned by Tony Hawk, with lyrics written by Paul McCartney on the board’s bottom. (“Blackbird,” if you’re wondering, was a major hit by the Beatles.) It was a skateboard that was sold on eBay of all places, for the sake of a nonprofit spearheaded by the pro skater himself.

Thanks, I hate it.

Supreme is a skate brand that is famous for being expensive for the sake of being expensive. This particular skateboard isn’t actually a functional skateboard, but a painted artist’s palette that was converted into a skateboard by the company itself. It still fetched a keen $20,000, proving that suckers will pay serious money for the right branding.

The board itself doesn’t appear to be large enough to actually skate on, which is ironic because Supreme got its start as a skate brand for the cool kids of New York City. But, as bad as it is, people still buy it because there’s a bunch of people who will pay top dollar for this design now.

Say what you will about being baller for the sake of baller, but this is slick. This is a fully functional skateboard that you still probably shouldn’t ride. The Caters Company made it by electroplating one of their finest skateboards with 99.9 percent pure gold.

It glitters. It shimmers. It shines. You can potentially do an ollie on it. It’s surreal. To be fair, this is one of the few skateboards that actually earns its right to be called one of the most expensive boards in the world. It has literal gold on every crevice and corner.

This board is one of the deeper cuts in the world, primarily because it was a board that was rare in the 80s and tips its proverbial hat to 80s punk culture. Black Flag remains one of the biggest names in punk, to the point that people still tattoo their logo on their arms. (Because, of course they do.)

The board itself is pretty simple in terms of workmanship. The real pull here is the fact that it is such a rare board to come by and that it has a lot of significance in Venice Beach skate culture. It can fetch over $7,000 in mint condition.

Okay, so designer skateboards are apparently a thing. I suppose they would have to be, considering how many people buy designer gear as part of their lifestyle. Like other designer decks, this board comes fully functional and is made from quality wood that should support most people fairly well. So, you can ride it if you want to.

This particular board has the trademark LV logo that most people link to the brand, as well as a springtime watercolor motif. If you want something feminine but baller, this is it.

Did you know that both Neiman Marcus and the MoMA Design Store are now selling triptych board sets from some of the most famous artists in history? It’s true, and they are being sold off for anywhere from $200 to $600 a pop, just barely grazing the bottom of our list in terms of pricing.

Saint Laurent, on the other hand, is cheeky about it. They bought the rights from the Basquiat estate and now produced a trio of portraits featuring prints from the artist himself. We’re not going to lie. They look good. But is it worth $1,500 a pop? We don’t know.

We were pretty shocked to find out that a skateboard that looks like this could be so pricey, but looks are deceiving. This is not a typical skateboard nor should it be treated that way. This is an electric motorized skateboard that is just meant for the geeky type of person who wants to travel but not do weird kick flippy things.

With this board, you’re paying for the innovation, the durability, and the fact that it’s an electric skateboard. So, skating uphill is going to be a bit easier. Oh, and it goes from 0 to 20 in under four seconds. That’s cool, too.

So apparently skateboards are now being used as home decor, per Versace’s site. The fashion house recently came out with a designer skateboard that is fully functional, but will most likely become a collectable for people who are avidly pro-skateboard.

The site says it’s high quality wood. So, if you need to skate around the place, a Versace skateboard will do. We can’t guarantee it will stay white and pristine if you use it, though. Would a pro skater trust a board made by Versace? I don’t honestly know. But it’d be fun to see it in a tourney.

Are These Skateboards Expensive Enough For You?

In the world of pro skating, things shifted from being cheap AF to being a major status symbol. That’s just the power of cool for you. Thankfully, there are more affordable boards that you can use to grind against things. If you want to flex your cash, though, you can always find a company that can make you a board that’ll make others go “woah.”

The question is…which of these boards would make you willing to shell out that cold, hard cash? 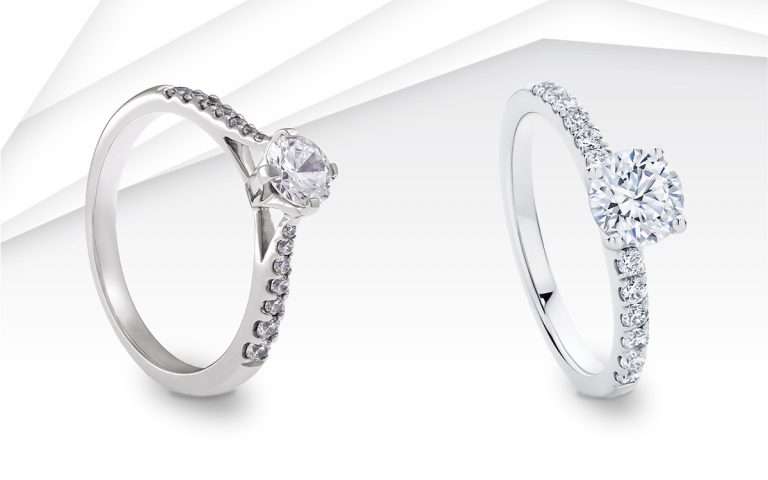 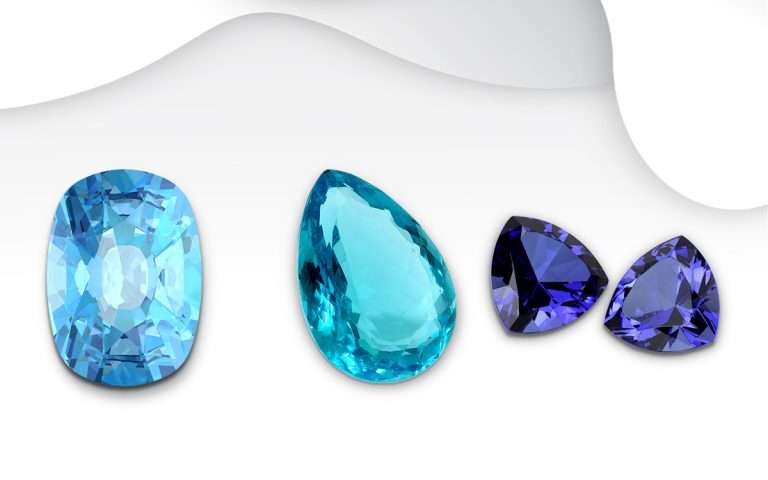