If you ask most people who are into cars, there’s always been something about German car brands that make them stand out. Maybe it’s the history that comes with the brands. Perhaps it’s that reputation that German engineering has, or the look of the cars, or the status. It’s hard to tell. What isn’t hard to tell, though, is that they can cost a fortune.

Did you ever want to know how much you would have to shell out for the most expensive German autos in the world? It’s more than most of us could handle, that’s for sure.

Why Are German Cars So Expensive?

German cars, like all cars, have a lot of work and design that go into them. However, there are some things that make these cars more expensive than others…

Germany has a reputation for making reliable, high-performance cars that are a cut above the rest. Just like Belgium has chocolate, Germany’s claim to fame means people will pay a premium price for a car that’s made there. They know they’re getting a status symbol.

I’m not going to name names, but other countries have a certain reputation for using the cheapest materials possible followed up with very poor workmanship. Cars that come from these countries might look nice, but they are not safe to drive. German car brands make a point of showing that they get good materials and spare no expenses. It pays off.

German cars have to be made to European Union standards—those are some of the highest in the world, especially when it comes to emissions. Unsurprisingly, people feel safer working with these reliable cars.

In some parts of the world, car brands are noted for being “bare bones.” This may mean that they have minimal security, poor upholstery, bad exterior finishes, or a simple lack of amenities like GPS. German consumers are not the type of people who will tolerate that, especially in the luxury circuit.

Because German consumers expect the best, German manufacturers make a point of offering the best. They’re cool like that. However, that will still impact price.

Is Buying A German Car Worth It?

Many people would argue that this is a matter of personal preference. Some people find German cars to be a bit too unreliable and difficult to fix for their price point. Others swear by them due to the horsepower, beautiful designs, and reputation. In other words, your mileage may vary.

The Most Expensive German Cars Currently For Sale

Love that German engineering? You are not alone. Let’s take a look at how fans of modern German cars are ballin’ out on their favorite vehicles. 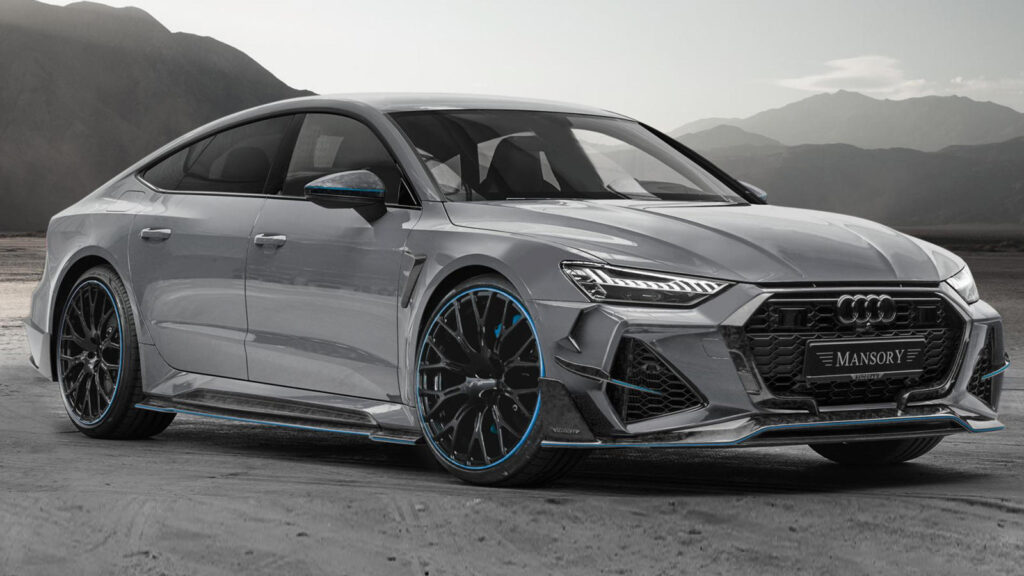 Believe it or not, you might not have to totally break the bank if you want one of the most expensive new German cars. Audi’s got a gorgeously sporty model in the brand new RS7. This unique pony car features a V8 engine with a 48-Watt hybrid electric engine.

Admittedly, critics say that the RS7 is a little too gas-heavy or that it doesn’t have as much power as it should. But really, with a body as beautiful as the RS7’s, is power really that big a deal? It still goes 0 to 60 in under 4 seconds. 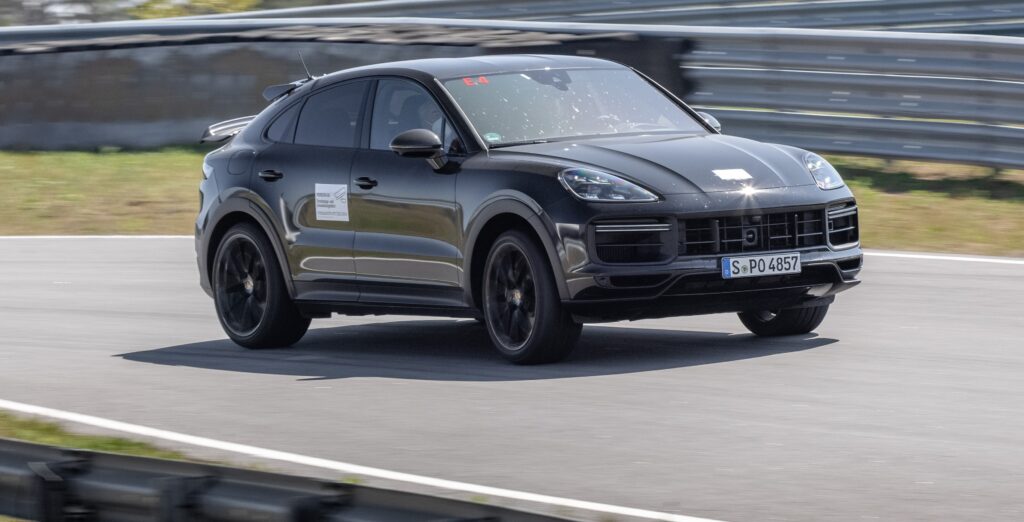 Porsche is a name that is as tied to wealth as it is to quality cars. The Porsche Cayenne line remains one of the most highly regarded car lines in the world. It’s become a cult following among car fans. The new Cayenne Turbo gives you the raw power you expect from Porsche.

The current Porsche Cayenne Turbo can reach a top speed of 177 miles per hour and has a 0-60 rating of 3.9 seconds. Needless to say, it still manages to step up to the reputation of this illustrious line of cars. Many of the cars that made the list of expensive German cars are pretty flashy. (I mean, come on, a Porsche Turbo?) However, the Mercedes-AMG GLS 63 flies in the face of this trend. It’s a bigger 4×4 with 577 horsepower and its own fair share of torque—not that any of that actually matters.

This is a highly secure car that offers an understated way of boasting that you have money. Don’t be surprised when you see this big ol’ boat go from 0 to 60 in only 4.5 seconds. It’s more powerful than it looks at first glance. 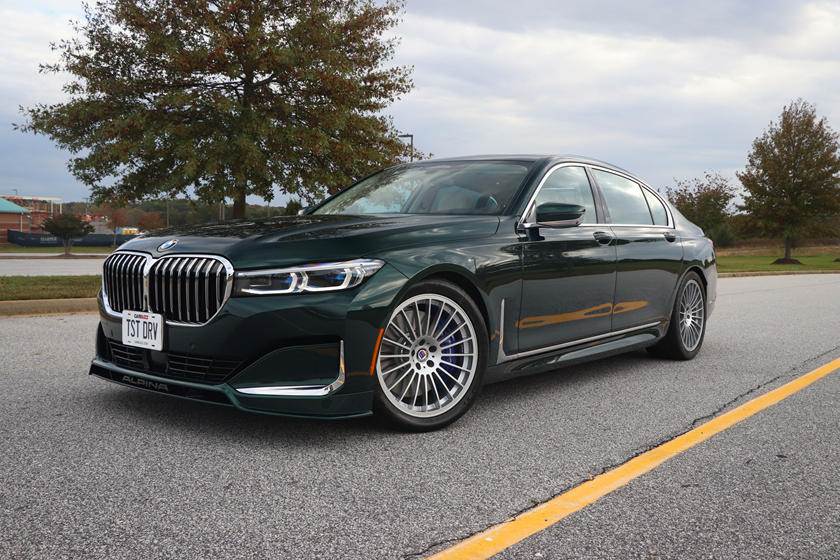 Alpina is one of the few wholly subsidiaries of BMW, and in many ways, it’s the “true luxury” branch of BMW. The Alpina B7 is considered to be one of the few luxury sedans to keep up its name. It has the look of an upscale limo, a 32-valve V8 engine, and a gorgeous luxury interior made of leather.

Alpina’s B7 model remains a mix of all the good parts of BMW and all the perks of Alpina. What’s not to adore about this model? 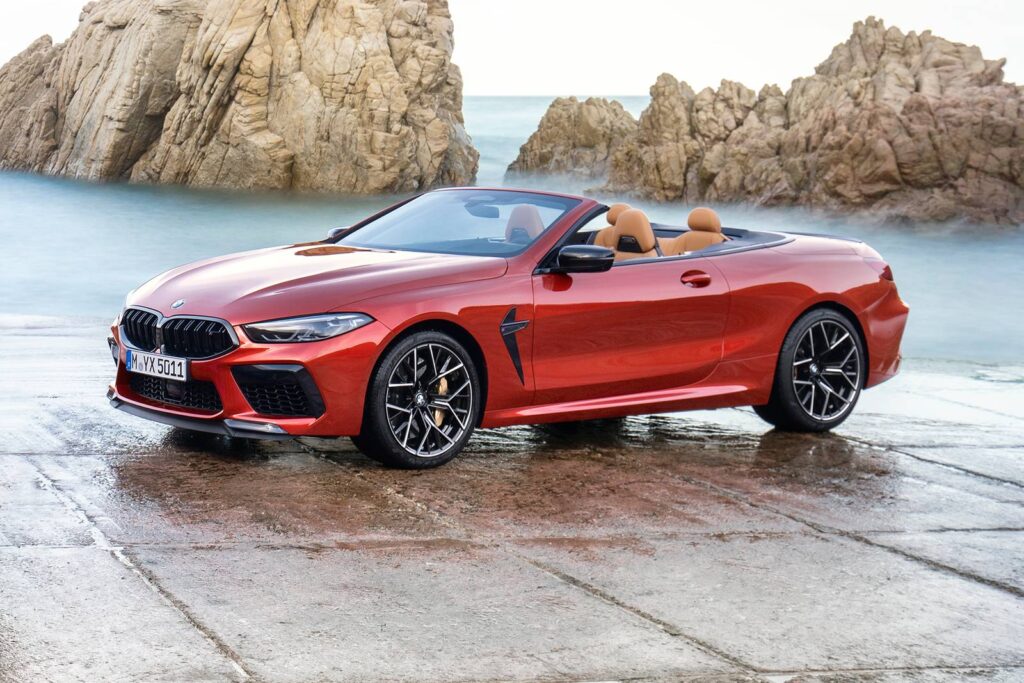 Whenever you hear about a German manufacturer with a hard top convertible, you’re going to have to expect to see a steep price tag. BMW, in particular, is notorious for this. The M8 has a super glitzy, glamorous outward appearance with a leakproofed hard top cover.

It may be pretty, but don’t forget it’s still sporty AF. You will get a grand total of 617 horsepower from this gorgeous model’s V8 engine. Are you in love yet? Because we totally are. 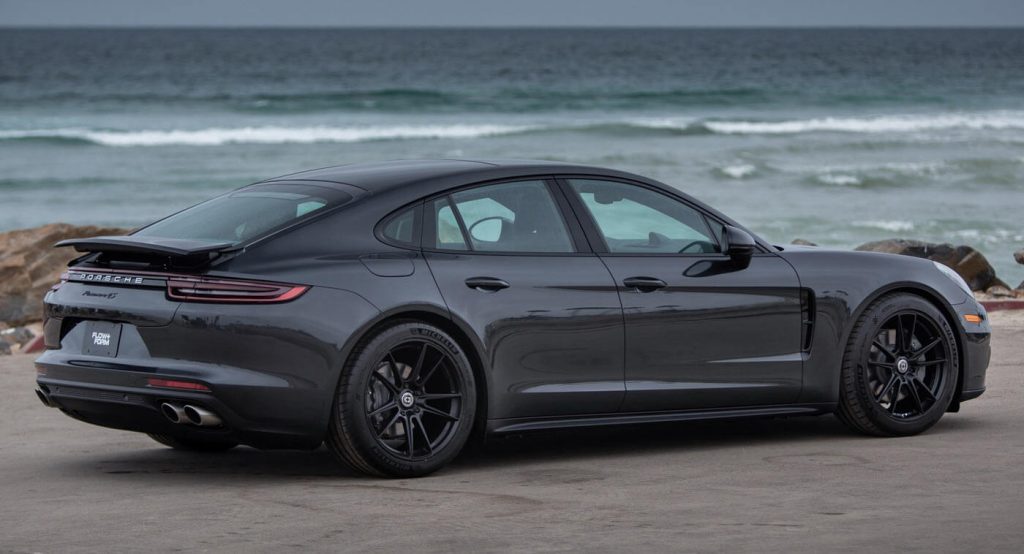 Porsche’s models are generally well-known, but the Panamera is not as recognizable as the Cayenne to the average person. That’s primarily because this model is more or less a status item for people who are very serious about powerful cars.

The Panamera might be a status item, but it’s still family-friendly thanks to its child-friendly features and safety measures. It can reach a top speed of 181 miles per hour. The best of both worlds? Yep. 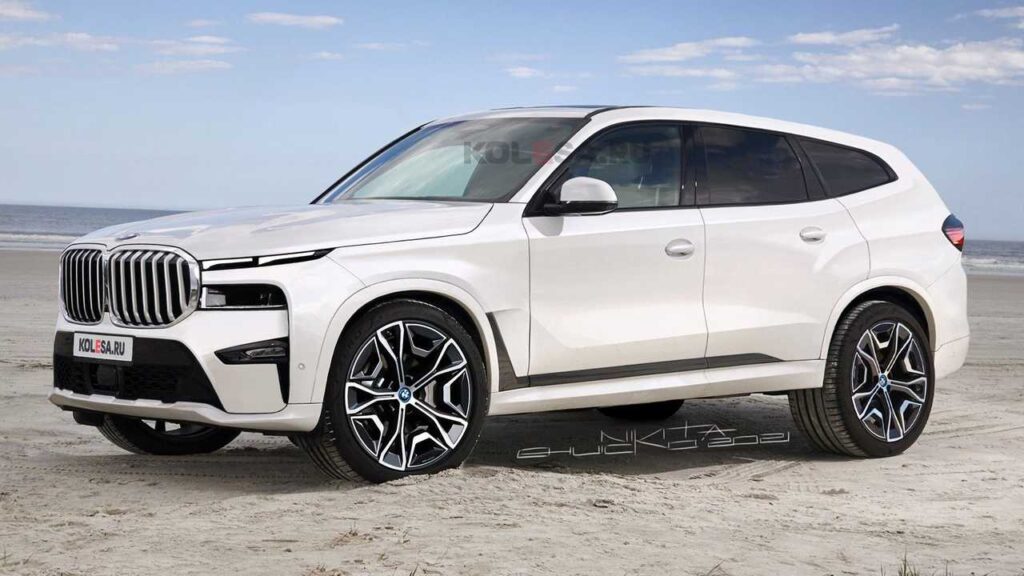 Expect to see a lot of BMWs on this list of new cars! The X8 is one of the most anticipated crossover models of its kind, and rightfully so. Engineers put this together as an upgrade on the highly popular X7 model. The difference between the X7 and the X8 is the roofing.

Rather than stick with the perks of an SUV with a sedan, the X8 will feature a coupe-style roof. The end result is an elegant appearance that also features tons of amenities for the discerning driver. The Mercedes Maybach line is still alive and well, even if Maybach is no longer an independent luxury car company. The Maybach S Class became one of the last bastions of Maybach style design, and honestly, it makes us wish Maybach could come back in full.

All four wheels get a roaring 500 horsepower, and that’s all thanks to its high-powered V8 engine. All the while, this S Class model will still look street-ready and presentable. Unsurprisingly, the Maybach S Class occasionally gets rented as a luxury limo for weddings. If there was ever a Porsche that earned its fame, it’s the Porsche 911 Cabriolet line. This remains the ultimate status symbol as far as Porsches go. Some might even call it one of the last mainstream sports cars left.

640 horsepower, an ultra-light build, and brand new innovations that help bring out its true power. If you want to have a car that you could really enjoy and brag about, this is it.

Surprisingly, the Porsche 911 isn’t the most expensive new German car on this year’s market. It’s actually a specialty Mercedes AMG. The Brabus 800 is not a typical Brabus car. It’s not an SUV, you know. However, this is actually a good thing. It’s a sedan sports car that would make a racercar driver turn green with envy.

This car might look pretty ordinary at first glance, but it’s not. This sports car offers up a jaw-dropping 800 horsepower and can travel to speeds as high as 196 miles per hour. That’s practically flying! (We can totally see why Autobahn drivers would want this.)

Are These German Cars Expensive Enough For You?

Germany can make an amazing car, and that’s not a joke. The current models that have hit the market are proof that they are worth every penny, even if the price is fairly high. (In fact, some of them are around the same price as a brand new home. That’s steep.)

However, it’s important to realize that the newer cars that are rolling off factory floors are not the most expensive German cars out there. Rather, those titles often come to antique or vintage cars that are now deemed to be collectors items. So, if you really want to show how bad and bougie you are, it’s time to pull a Jay Leno and work towards collecting vintage cars.