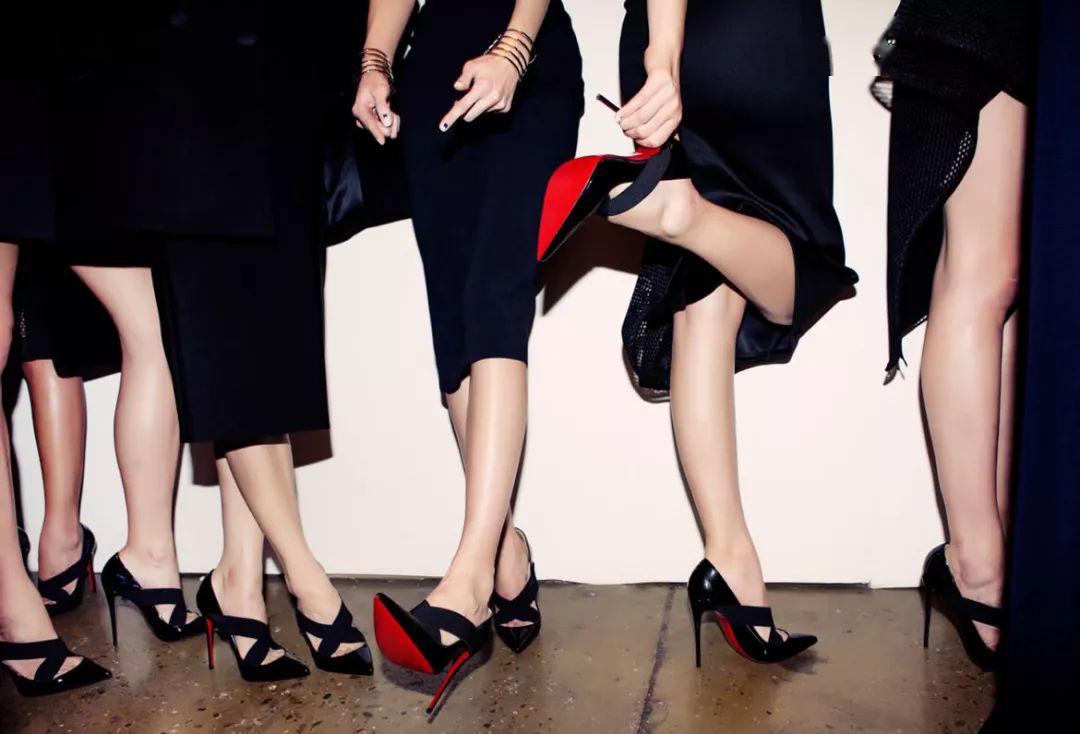 Both Louis Vuitton and Christian Louboutin are well-known names in the luxury fashion industry. Both brands are known for their designer items, particularly shoes and handbags. While the names may sound similar, they are two distinct luxury brands.

Christian Louboutin opened his first store in Paris in 1992, selling original Italian-made shoes. The shoes are famous for their undeniably red bottoms, which are a symbol of luxury and wealth for both wearers and buyers. Louis Vuitton was founded in 1854 in Paris, France, by designer Louis Vuitton and specializes in leather goods such as handbags, watches, and shoes.

So, why do the two companies frequently get mixed up? The confusion is most likely due to the similar-sounding brand names, which are both popular in the designer brand world.

Are Louis Vuitton and Louboutin the Same?

Louis Vuitton and Christian Louboutin are not the same thing. If you are unfamiliar with common luxury fashion brands, it is understandable that you may be a little confused. Both companies produce luxury goods in Paris, France, and their names sound similar.

However, the companies were founded over a century apart, with the Louis Vuitton brand first appearing in the 1850s. Louis Vuitton is well known for its handbags, which are crafted from a single piece of leather and feature classic designs that have yet to go out of style.

On the other hand, Louboutin is well known for its red-bottomed shoes and heels, which signify luxury and wealth among its wearers.

What is the Difference Between Louis Vuitton and Louboutin?

Other than when the companies were founded and the difference in the names, there are several differences between the two to help you differentiate.

Louis Vuitton is a luxury fashion house with a long history and a well-known monogram print. It manufactures a wide range of products, including luggage, clothing, and accessories.

Louis Vuitton creates a variety of luxury products, including clothing and accessories for men and women, whereas Louboutin only sells shoes.

Louis Vuitton is a much larger and more diverse company than Christian Louboutin. It has a long history and generates significantly more revenue.

The overall brand value of Louis Vuitton is significantly higher than that of Christian Louboutin. The company has a long history and a diverse product line, which lends its credibility in the luxury fashion industry.

Louis Vuitton has a total brand value of close to USD 15 billion, compared to $2.7 billion USD for Louboutin alone, making it more than five times larger.

The number of stores and customers also has an impact on brand value. Louis Vuitton has over 450 stores in high-end locations worldwide, whereas Christian Louboutin has only about 70.

Another notable distinction between Louis Vuitton and Louboutin is the two brands’ distribution channels. Louis Vuitton has a massive global network of online and physical stores. This is arguably why the brand is at the top of fashion charts all over the world.

Louboutin is a much smaller company with somewhat limited distribution power when compared to Louis Vuitton. Despite the fact that consumers can easily purchase products online, the majority of Louboutin stores are located in the United States.

Louis Vuitton products are very expensive. After all, the company specializes in high-end handbags and accessories. The price of the brand’s items can range between $1000 and $5000.

Louboutin’s does not have the most diverse product line. Nonetheless, we can all agree that items bearing the Christian Louboutin logo are literally to die for.

The brand’s shoes cost between $300 and $1000. You can also find heels that cost up to $6,000. There are several valid reasons for the exorbitant pricing.

First and foremost, Louboutin is a high-end brand. Second, to make their shoes more durable, the company uses high-quality leather and a variety of other high-quality materials.

According to Christian Louboutin, the company’s founder, the high cost of producing shoes in Europe contributes to the high product prices.

Because of their sheer quality, both have a special place in the hearts of the rich, famous, and respected members of society.

The quality of Louboutin’s products is unrivaled. They may not be as well-known as Louis Vuitton collections, but they are priceless.

Similarly, Authentic Louis Vuitton products have excellent designs and overall quality for increased durability and a desirable resale value. Cheap knockoffs of the brand are common, though they are not always of high quality.

Louis Vuitton products have a simple design. Certain pieces, on the other hand, are quite extravagant. The company is unrivaled in the fashion world, and it only seems to get better over time. It provides a diverse range of products that are ideal for people with varying fashion tastes and preferences.

Louboutin, on the other hand, only has a few styles. The brand’s products are known for their simplicity and lack of ostentatious elements. As the saying goes, the highest form of sophistication is simplicity.

Why Do Louboutins Have Red Bottoms?

Louboutin is famous for its signature red bottoms, which can be seen from a mile away. Seeing someone wearing a red-bottomed shoe denotes wealth and class, giving the designer brand a good reputation. No matter the heel design, everyone recognizes Louboutin as the heels with the red bottoms.

The origins of the red bottom on Louboutin shoes are actually quite amusing. During a visit to a museum as a young adult, Louboutin noticed a sign instructing women not to wear high heels so as not to scuff the flooring.

He was inspired by the defiance of a forbidden shoe and decided to make the heels stand out in order to empower women to wear daring things.

The red bottom is still a symbol of femininity for women today. Women in positions of power, such as influencers, CEOs, celebrities, and others, are frequently seen wearing the red bottom.

Is Louboutin a Luxury Brand?

Christian Louboutin is a French luxury label.  The label takes its name from the designer who founded it. Christian Louboutin’s luxury French shoe designs are instantly recognizable for the flash of his signature red found on the sole of all his designs.

Is Louis Vuitton a Luxury Brand?

Louis Vuitton is the world’s most valuable luxury brand and a division of LVMH. Its products include leather goods, handbags, trunks, shoes, watches, jewelry, and accessories. The LV monogram appears on the majority of these.

This brand is one of the most profitable brands in the world, with profit margins in excess of 30%. Louis Vuitton launched its first perfume in 70 years in 2016, and LVMH built a state-of-the-art fragrance factory to develop the perfumes.

Maison Louis Vuitton opened a new flagship store in Paris in 2017, and the brand is celebrating its 165th anniversary this year. Léa Seydoux and Alicia Vikander continue to serve as brand ambassadors.

What is so Special About Louboutins?

One of the features that distinguish Christian Louboutins from other shoes is their signature red sole.

This pop of color on the bottom of the shoe, which is often imitated by knockoffs, transforms the sole into a work of art rather than something to be walked on.

It all started when Louboutin was designing a shoe inspired by the artist Andy Warhol. When the prototype arrived, however, Louboutin noticed that something was missing.

Fortunately, a deus ex machina appeared in an unexpected manner, changing everything for Louboutin. He didn’t like the black sole, and he saw a girl painting her nails at the time. He grabbed the red polish and applied it to the bottom of the shoes.

The shoes of the brand are ubiquitous, but in a good way. With the name, Louboutin comes a high standard of craftsmanship, quality, and attention to detail.

You know exactly what you’re getting every time you slip your foot into a pair. Not only that, but you also demonstrate to everyone else that you have excellent taste.

Are Louis Vuitton and Louboutin Pronounced the Same?

Louboutin and Louis Vuitton are two words that are easily confused, specifically luxury brand names in Western fashion. Both are French in origin but pronounced differently.

The difference is in the wee of Louis and the -tohn of Vuitton. Below, we will discuss this a bit more and explain the correct way to pronounce them.

How is Louis Vuitton Pronounced?

Louis Vuitton (pronounced “loo-wee (pause) vwee-tohn;) is a fashion house founded in 1854. Louis Vuitton, the company’s founder, learned the trade of box-making as a teenager before starting his own business.

His company transformed the travel case industry by producing airtight, flat-topped trunks that could be easily stacked. This was critical for steamship, stagecoach, and early automobile travel.

How is Louboutin Pronounced?

Louboutin (“loo-boh-tawn”) is a high-end women’s shoe brand. It is named after its designer, Christian Louboutin. Its shoes are distinguished by a bright red sole.

Sex and the City, an HBO show, helped them gain recognition and notoriety. Carrie Bradshaw, the main character, had an enormous and ever-expanding shoe collection. They are also popular among real-life A-listers and those who want to dress like them.

Which is Better: Louis Vuitton or Louboutin

It is difficult to compare the brands because they are so different in terms of what they sell and who they target.

Yes, both companies target wealthy women who buy luxury fashion, but the “better” brand depends on what you’re looking for and your budget. Also, it depends on whether you pay attention to customer service, company policies, and so on.

Louis Vuitton is the way to go if you want a good, classic handbag. Their bags are classic and will last for years. They have something for everyone, whether you want a small crossbody or a large tote bag.

If you want a pair of heels that will make you the life of the party and be admired by everyone, Louboutin is the company for you.

In terms of company culture, Louis Vuitton appears to have a positive reputation among employees. According to Indeed.com employee reviews, the company is a diverse company with great teamwork.

Former employees have also given Louboutin four stars, but they say that while the team is excellent, management can add extra stress to the job.

So, all in all, it depends on what product you are looking for as to which brand is better. They are both made of high-quality materials and produce top fashion items. However, it all depends on your personal taste in style and product as to which is the best. 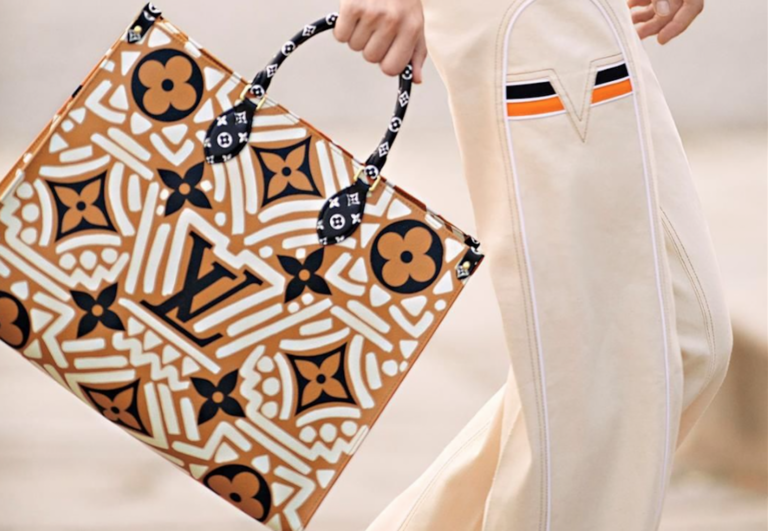 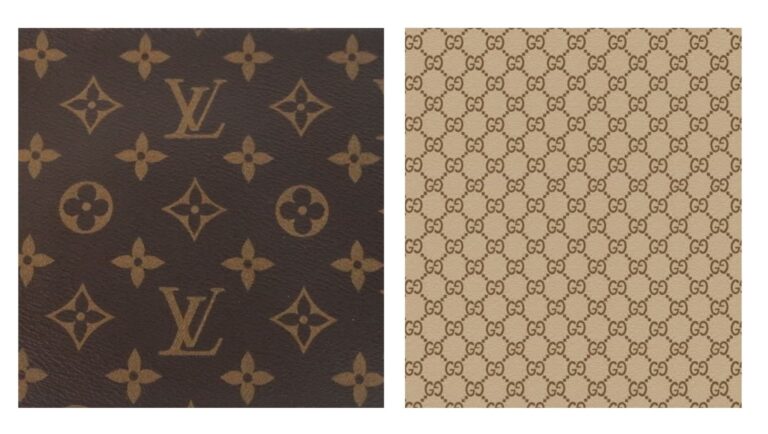 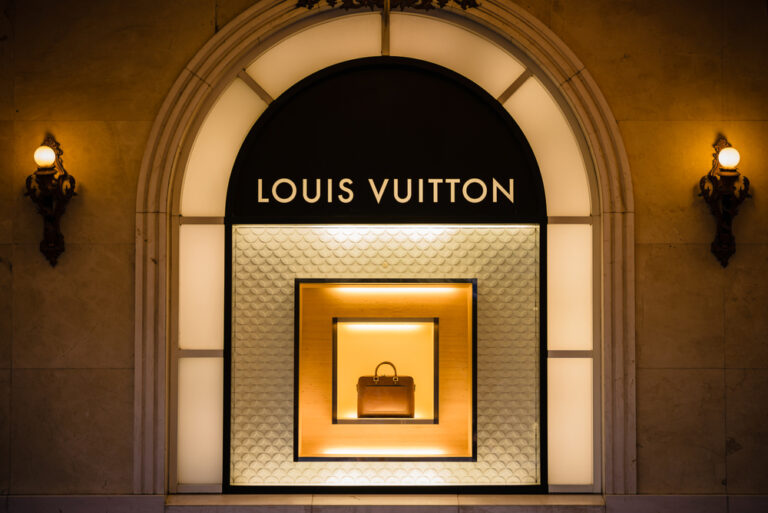 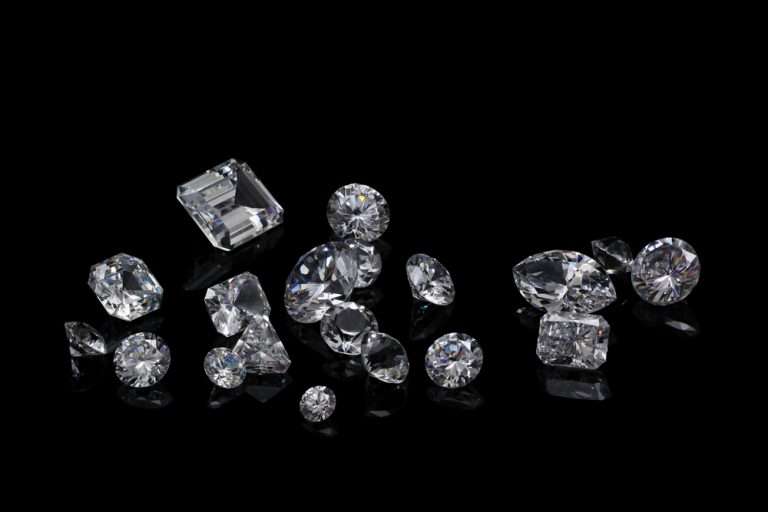 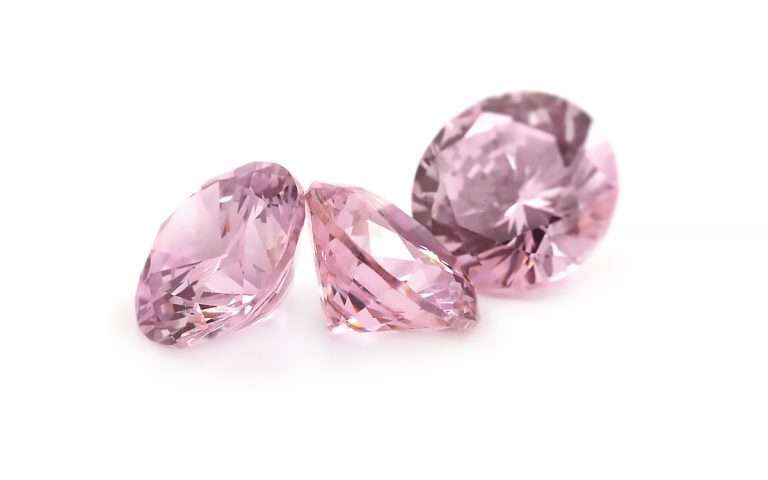 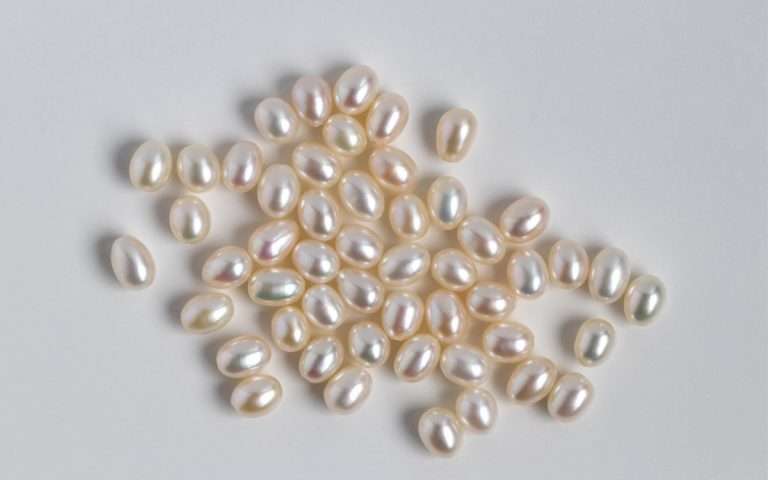